Menu
You are here: Home / Workshop / Consumer Insight / Shifts in the Shopping Landscape and Consumer Attitudes 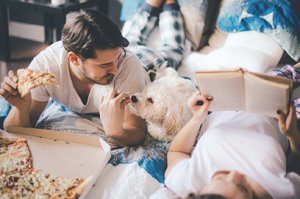 If you think it’s increasingly difficult to predict the tastes and behaviors of your potential customers, you’re not alone. But that doesn’t make the effort any less important to your success.

One reason it’s so challenging is that consumers themselves feel like balls in a pinball machine, knocked this way and that by media messages and the brands vying for their business, says Leslie Ghize, executive vice president of TOBE, a consumer culture and creative think tank based in New York. Ghize recently addressed an audience at Retail’s Big Show, an annual event sponsored by the National Retail Federation.

Still, Ghize pointed to a handful of consumer preferences she says retailers can expect to see in the coming year. (Her comments were reported on the NRF’s website, www.nrf.com, on Jan. 26.)

“It’s very cool to care right now,” Ghize says. As voters in the current presidential race are showing us, authenticity is big. Consumers care about a brand’s purpose and mission—if it’s genuinely conveyed.

Overstimulated consumers are craving relaxation, Ghize says. Can you think of a need bedding retailers are more ideally suited to meet?

Consumers are of two minds when it comes to memory. On one hand, they rely on technology to serve as their memory, allowing them to embrace the temporary, whether that’s Snapchat-like apps or pop-up shops. On the other hand, Ghize says, consumers are looking back on their predigital lives with nostalgia, creating openings for “new twists on retro ideas.”

Customization has been a consumer buzzword for several years, but Ghize posits that uniformity is an increasingly attractive option for some shoppers. “The one-size-fits-all mentality (such as Casper’s mattress) seems forward-thinking,” she says.

And, above all, Ghize says, consumers want experiences “and customers are willing to immerse themselves in your brand.”